It’s been a record first year’s archery for Evie. 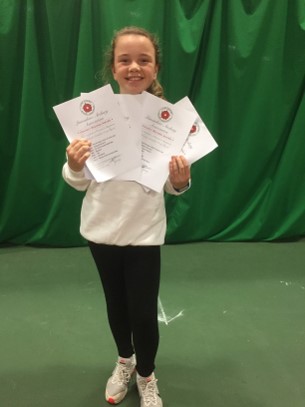 At the recent LAA Indoor Championships at Bamber Bridge Evie was awarded:

On top of these she has also set this year:

Her medal awards, championship and competition achievements this year include:

And of course, she got the Assheton Junior Section most improved girl archer 2018.